02/12 – International Day for the Abolition of Slavery

Back
More than 40,3 million people live in modern slavery – this number reveals the shocking truth about a problem that has not been abolished in the 19th century. Modern Slavery has many different faces and the term Modern Slavery unifies six sub-categories: forced labor, debt bondage, human trafficking, descent-based slavery, and child slavery as well as forced and early marriage. Globally, 10 million children live in modern slavery, 4,8 million people are in forced sexual exploitation and 15,4 million people are in forced marriage.

A considerable percentage of human rights violations in the form of modern slavery take place in global supply chains. Because of the complexity of supply chains, it is rarely possible to trace back all components of a product, for example, cotton in a T-shirt to a specific cotton farm and to know if Modern Slavery is involved in the production process. But many consumer goods are made by people that work in slavery, the production of raw materials, such as cocoa, cotton, fishing or components of mobile phones are highly critical.

Get more information about Modern Slavery: 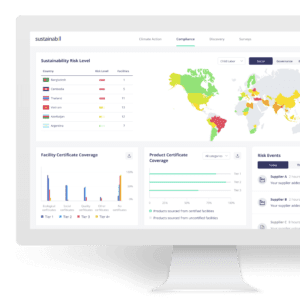 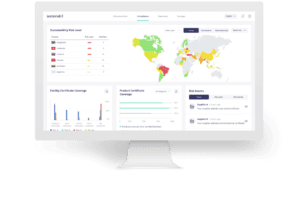 Get in touch with us

Contact our experts to learn more on how you can use the sustainable platform to achieve transparent and sustainable supply chains.